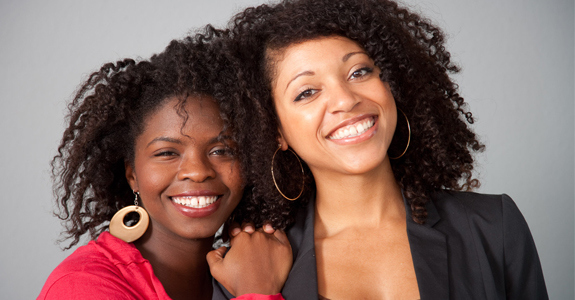 A lot has been written about racism and violence in Europe. But all too often the reasons for black women feeling uncomfortable aren’t linked to racist insults or attacks: About prejudices directed against ourselves, internalised racism, and how a beauty online platform can boosts the self-esteem of kinky-curled women.

“Will mainstream magazines ever learn how to do black hair?” reads the title of an article about Caribbean singer Rihanna. Annoyed by her hairstylist, she had tweeted her irritation: “Being able to do hair and being able to do black hair are 2 different things”. Society has been trying to transform the kinky curls of dark-skinned women into the straight locks of white women for very long now: most hair stylists simply can’t handle Afro hair.
Most of us black women in Germany have the same problem as Rihanna – or even worse: we often don’t even know that our kinky curls can be styled differently. We get our hair-care tips from hairdressers who only work with straight hair, our beauty tips from magazines that only feature white faces, and exchange information with acquaintances who don’t know any more than we do. Many girls think their hair is ugly and abnormal, and their self-esteem shrinks. In the end, feeling beautiful is part of accepting oneself.

“Feeling beautiful is part of accepting oneself.”

That’s why my friends Esther Donkor, Yorck Winter and I founded KrauseLocke.de. KrauseLocke.de is an online beauty portal where we can share the experiences with our hair, our skin and our beauty with other kinky-curled women from Germany.
The idea was born at a party last winter. Esther and I had often talked about our hair, about how hard it was to find anyone in Germany who knew how to treat it. About the many half-truths making the rounds that we ourselves had believed for a long time, such as that black people’s hair didn’t grow. It is not all that big a leap from such myths to the racist prejudice that black people are stupid. It took many nights of Internet research for us to truly realize that a lot of what is said about our hair and skin was simply wrong.

“Many half-truths make the rounds that we ourselves had believed for a long time,
such as that black people’s hair didn’t grow.”

The racism inside ourselves
Most men and women have things they do not like about their appearances. For dark-skinned people, though, these are often not limited to the shape of the nose or colour of the hair. We often learn to reject the kinky curls that cover our heads and the colour of our skin. These attributes set us distinctly apart from most people who live here in Germany. We are always different, we always stand out. These are things that we cannot change though. And yet we try: we bleach our skin and straighten our hair with chemicals, often from a very tender age, thus destroying them. It is as if our own racism has been directed against ourselves.

“A lot of what we think about ourselves is not true.”

A lot of what we think about ourselves is not true. At the hair salon we were always forced to choose between braiding and straightening. Until our research on the Internet, Esther and I had not been aware that there was a whole online world that featured women with dark skin who wore their hair natural and open. And that they had long hair! Repeated chemical treatments often destroy our hair so it stops growing. A little love and care can quickly effect change though. I have been wearing my hair natural and open for two years now and it works wonderfully. And feeling I do not have to hide the way I really look has increased my self-confidence.

But it seems that no one is interested in explaining to black women that their hair grows just like their nails: long and beautiful. The industry earns a great deal of money convincing us of just the opposite. The media too propagate another ideal: most popular women’s media rarely took dark-skinned or kinky-curled women as models. But this is changing.

“No one is interested in explaining to black women that their hair grows just like their nails: long and beautiful.”

Many of the blogs we found in the USA talked about the image of black women in addition to offering beauty tips. We wanted the same for Germany. But because we Germans are different and have a different history, we couldn’t simply imitate what was already out there. So we decided to create something new: KrauseLocke.de – an online lifestyle magazine for kinky-curled women in Germany.

Kinky curls: headstrong and beautiful
KrauseLocke.de is a friendly place, for we are very positive people; it is headstrong and brave. At KrauseLocke.de we gather knowledge, our own and that of others. We offer hair and skin-care tips, test cosmetics, interview famous people with kinky curls, and tell other people’s stories. And we do our own photo shootings that feature many beautiful kinky-curled women. So at our site, you’ll see women who really exist.

At KrauseLocke.de we can talk about being German and being different with our kinky-curled compatriots as well as those without kinky curls who are interested in us because we all meet on the street. Our slogan is: “No matter how different we may be – we all get along”.

“No matter how different we may be – we all get along.”

The internet has allowed us to create our own medium and write from our own point of view instead of just consuming other media. There are exceptionally few migrants involved in shaping the mass media, but technology has given us a way to counterbalance this.

And we really get a lot of feedback! Many readers have concrete questions and want tips; some would like to be featured on the site, while others ask us to do a product test. Among our readers are mothers of dark-skinned children as well as teens between 14 and 16. For these younger girls we always ask the people we feature to briefly describe their jobs. This gives young people an idea of what they can achieve.

Many associations and initiatives that explore being black in Germany represent themselves as disadvantaged. We don’t want that. KrauseLocke.de is self-confident and positive. Of course there is racist violence and bullying in Germany. It is horrible and we have to talk about it. But I have rarely even been accosted on the street. And even when that does happen, it doesn’t always have to be because of my skin colour – other people get insulted sometimes too.

“History has turned it into a political issue, slavery made it a no-go area, and the industry a business worth millions.”

It is much more important that black people accept and love themselves. And part of that is feeling beautiful. Hair is the perfect medium here. We can express so much with our hairstyle; it is a part of us – and yet it is only hair. But history has made it a political issue, slavery a no-go area, and the industry a business worth millions. 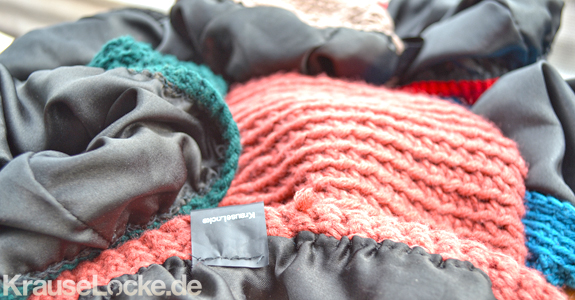 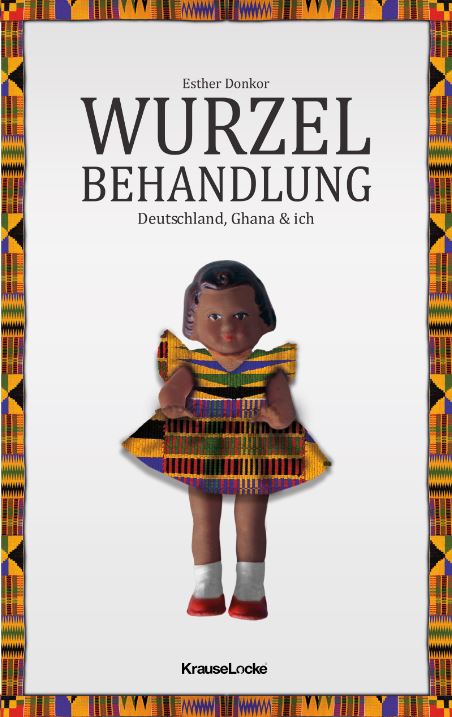 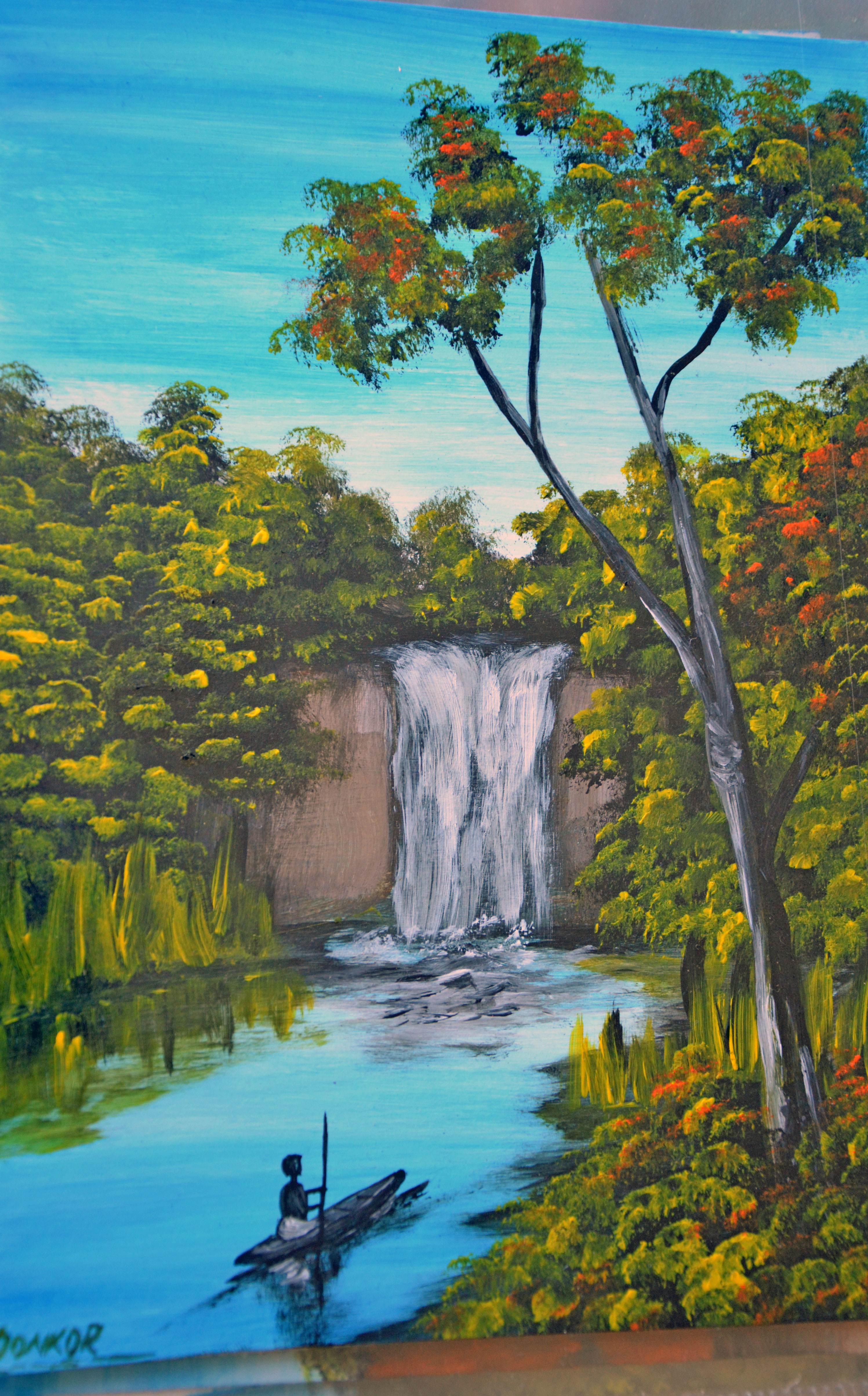